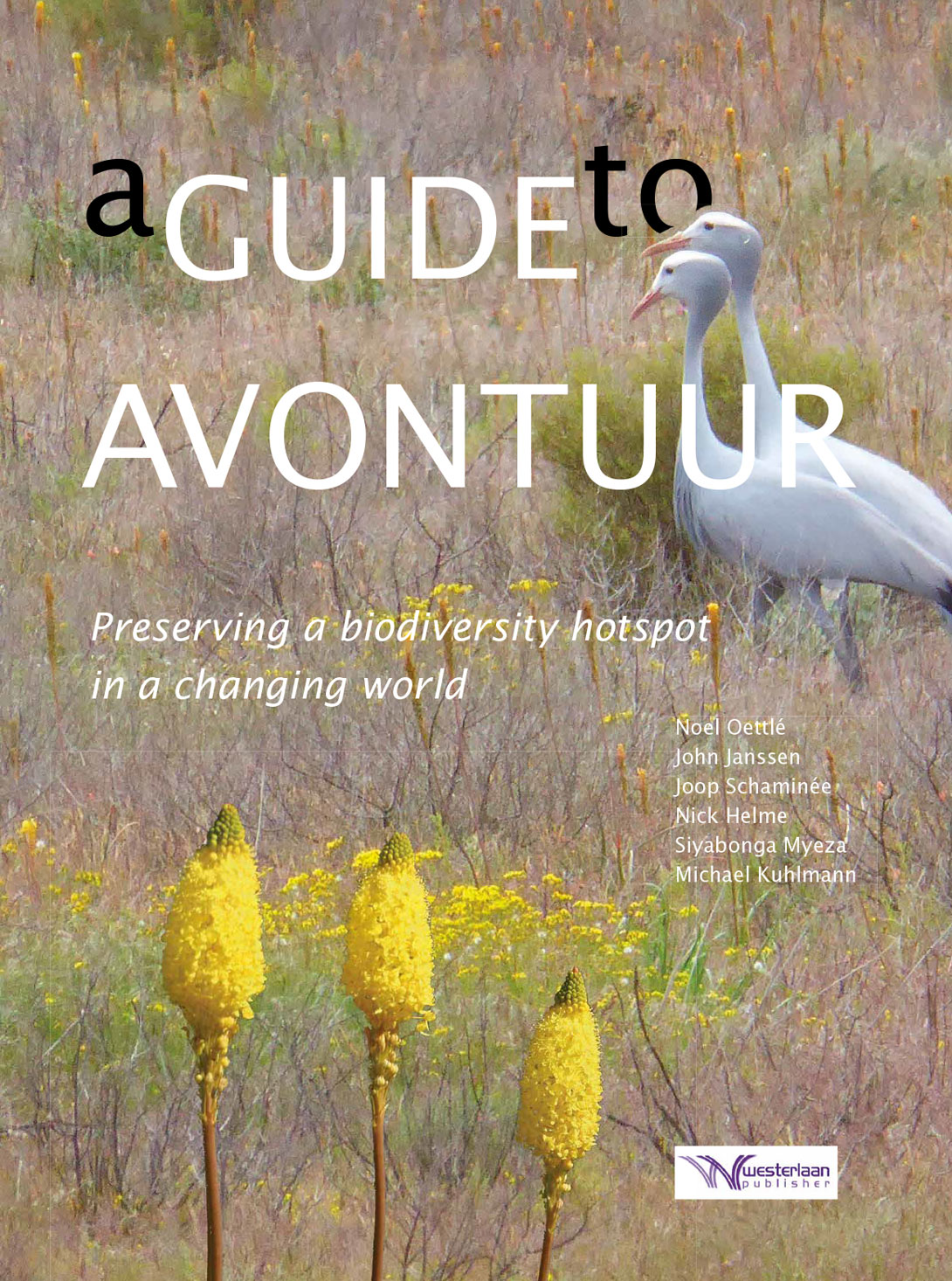 A Guide to Avontuur

The Bokkeveld Plateau overlooks the arid plains of the Knersvlakte and rises to an elevation of more than 800 metres. This escarpment marks the western boundary of the great interior plateau of southern Africa. Once the traveller has ascended Van Rhyn’s Pass and entered the Fynbos belt that marks the highest parts of the escarpment, the profound changes in landscape and vegetation are unmistakable.
On the other hand, travellers from the interior will notice subtle and gradual changes in the vegetation as they approach the escarpment. The landscape becomes greener as the dominant Succulent Karoo gives way to Renosterveld, and fi nally Fynbos. This “greening” is most visible during the winter rain season.
The eastern parts of the Bokkeveld Plateau are home to Succulent Karoo, the most diverse arid ecosystem in the world. However, its western margins also contain the northernmost outlier of the Cape Sandstone Fynbos, host to a number of species endemic to the locality. Adjoining the Fynbos is the geophyte-rich band of Renosterveld which has contributed most to Nieuwoudtville’s renown as global “hotspot” of fl owering bulbs. Not only are many of these geophytes endemic, but the density and diversity of species of geophytes is unique in the world. Between these diverse ecosystems, and the remarkable vistas of desert plain, lofty plateau, escarpment and deep gorges, the Bokkeveld Plateau is a beautiful landscape that holds many rewards for those willing to take the time to explore its secrets. The Bokkeveld was named by the early European settlers, who were impressed by the large herds of migratory antelope. There can be little doubt that the occasional heavy impact of these herds had a signifi cant impact on the ecology of the area. Larger herbivores locally present at that time include elephant and rhinoceros. In the modern era it is primarily sheep that graze the rich veld of the Bokkeveld, along with smaller antelope. Wheat lands cover much of what was once Renosterveld, and rooibos tea plantations have replaced areas of Fynbos.
The Bokkeveld Sandstone Fynbos has lost almost 21% of its original extent, and Nieuwoudtville Shale Renosterveld about 50%. Both of these vegetation types are listed as Vulnerable on a national basis. An estimate of 116 plant species in the area are threatened with extinction, of which 7 are defi ned as Critically Endangered, and 4 are believed to be extinct.
Signifi cant areas of the Bokkeveld landscape still retain their enormous biodiversity and are conserved by farmers and conservation authorities. Nieuwoudtville hosts the Hantam National Botanical Garden, the Oorlogskloof Provincial Nature Reserve, Blomfontein Nature Reserve and the Municipal Nieuwoudtville Flower and Waterfall Reserves. The most recent addition to the family is the Avontuur Nature Reserve, which conserves the Fynbos of the deep sands, a ferricrete dome and wetlands, thus complementing the landscape, habitats and vegetation types conserved in other parts of the plateau. The reserve also includes signifi cant areas of Renosterveld, ome of it pristine, and some recovering from agricultural use.